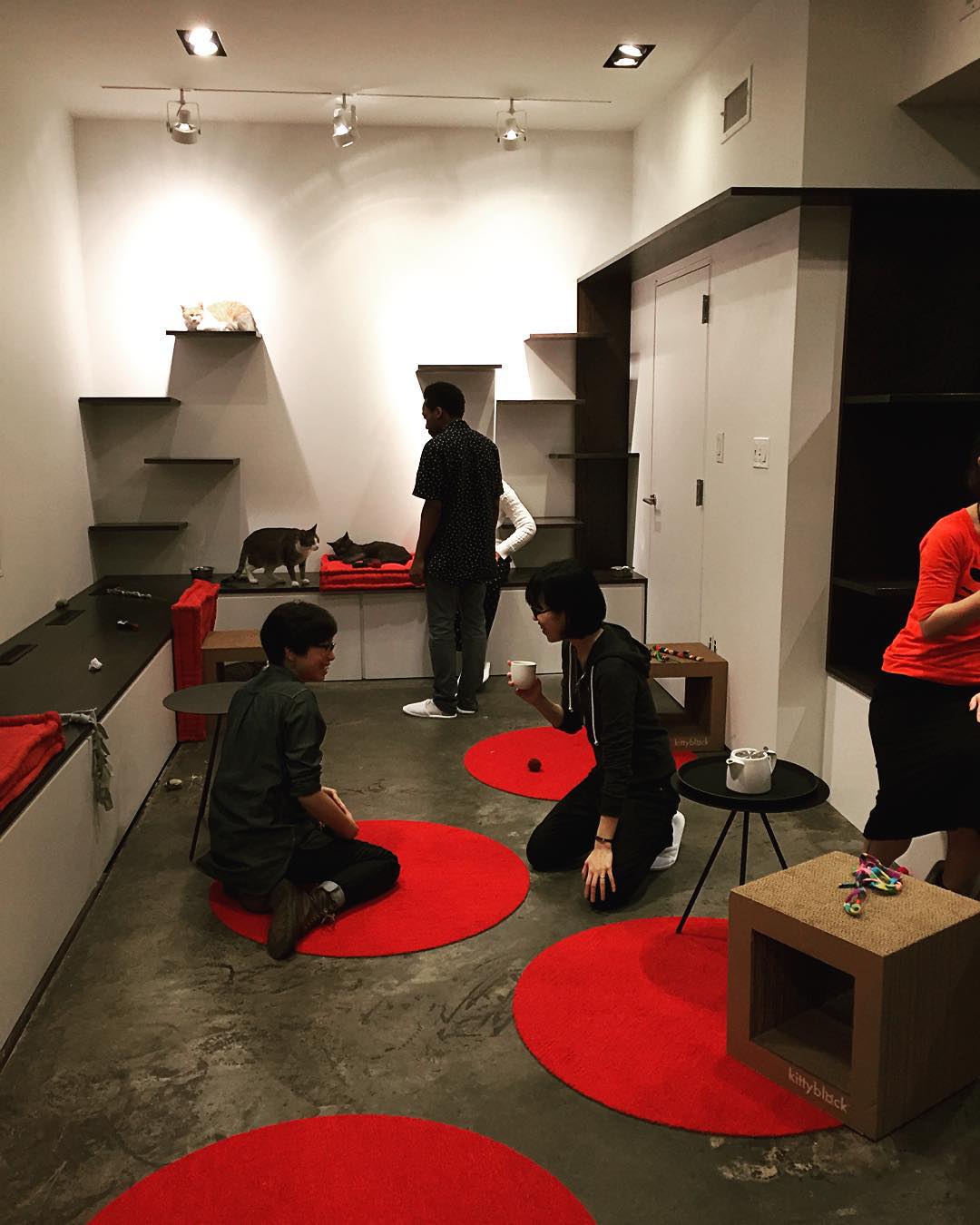 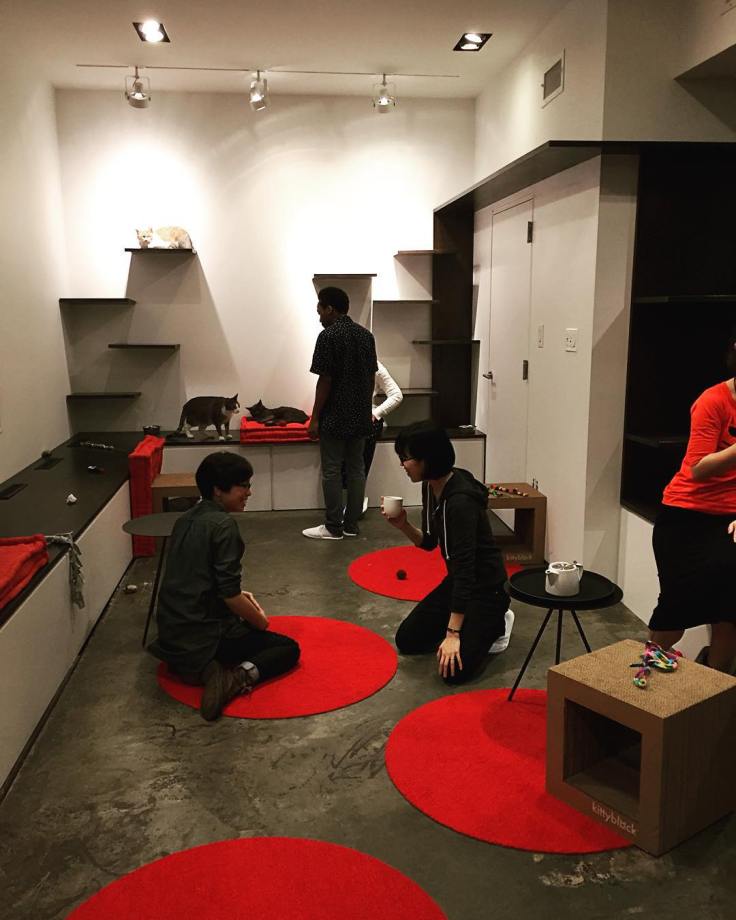 Cats are a big phenomenon in Tokyo, and now the Japanese residents of New York City need only go to Soho to get their feline fixture.

New York City has this week welcomed Koneko, a Japanese cafe with the city’s only outdoor cat play area, or “catio.” Visitors can sip a Matcha tea or eat a Hiyayakko tofu snack whilst cosying up to ten cats that are also up for adoption.

The launch has coincided with National Cat Day on Thursday, and cat handler Jackie Luther told The Independent that the launch was good timing.

When asked about the reaction from passers-by, Ms Luther said: “It has been wonderful and joyous.”

The cafe was founded by Benjamin Kalb and the cafe plans to expand to hold at least 20 cats, over two floors. All the animals are from the Anjellicle Cats Rescue, which gets the animals via a trap and release program, neutering and spaying the cats before deciding whether to set them free or try to find new owners.

Further downtown in the East Village is Meow’s Parlour, which is fully booked for Halloween. It holds 12 cats and just opened in December last year.

Brooklyn’s first pop up cat cafe — The Cat’s Meow — was planned to close on 24 October but has announced it will be extended until late November.

A fourth cat cafe in New York, called Little Lions on Grand Street, is also about to launch.